Breaking Bread: Sapiens and the Three Daughters of Eve

By Connecting People with Nature, and Writers with Words May 20, 2019 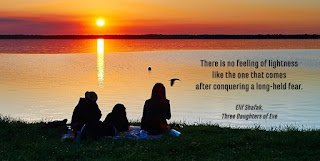 Hidden beneath the enthusiasm most writers profess for writing, is an underlying belief that what we do does not matter. Not really. Not in the larger scope of things. Think of what else we could be doing with our time? Things with tangible results that others not only appreciate, but yea gads, might even pay us to do!

When I first encountered Yuval Noah Harari’s book, SAPIENS: A BRIEF HISTORY OF HUMANKIND, it was obvious that the Israel author and professor had hit the motherlode. By 2018, Sapiens had sold over 10 million copies, and had been published in 50 different languages. His agent has probably paid off his mortgage on speaking fees alone. 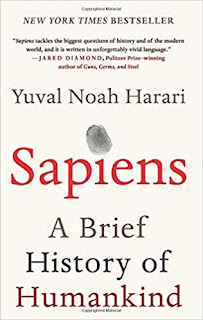 What was the draw? According to Harari, 70,000 years ago, our human ancestors were insignificant animals.  Our impact on the world was not much greater than jelly fish or woodpeckers. Yet modern human beings want to believe that we are special—that our bodies, minds, and hearts are unique in the animal kingdom. We want to believe that we do, indeed, have souls.

Is this the burning question that keeps millions of readers turning the pages of this massive tomb?

Harari teaches that our abilities, when considered in isolation compared to the abilities of other animals (a chimpanzee for instance), are not that remarkable. Alone, on a deserted island, the chimpanzee would fare much better than the solitary human. Yet somehow, we have managed in the last 70,000 years to rule the world—or at least, to dominate all other species.

Why? Because, according to Harari, we learned to cooperate. But how did we learn to do this?

“The answer is imagination,” writes Harari. “We alone, of all the other animals on the planet, can cooperate flexibly because, of all others, we alone can create and believe fictional stories.”

I jumped when I read this. Affirmation! What we writers do does matter! We create fiction for the world, novels and poetry and memoirs! Language is our tool—our shining sword to wield, the magic wand with which we transform the world!

Harari, who holds an Oxford doctorate, is more professorial in his explanation. He tells us that language, in partnership with our imagination, allows us to share information across vast distances. We not only can create fictional stories, but these fictional stories can become collective beliefs, uniting humans through myth though we may be separated by thousands of miles.

This works, of course, to our advantage—and to our disadvantage. The power of myth is a double-edged sword. Last night, over 10 million viewers, spread across vast distances, collectively watched the final episode of Game of Thrones. I won’t tell you how many millions, last night, bothered to read Trump’s tweets. Let’s not go there. 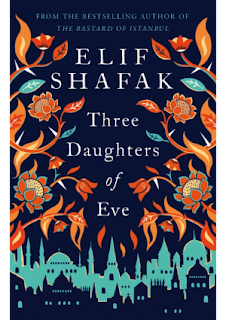 Another Oxford writer has just come to my attention. Turkish/British writer ELIF SHAFAK. Penguin Random House author of 17 books, represented globally by Curtis Brown, she is the most widely read female author in Turkey.

Her newest novel, THREE DAUGHTERS OF EVE, explores the concepts of women's identities, religion, politics, and God, through the viewpoint of Peri, a young Turkish woman (who, coincidentally, receives a scholarship to Oxford). These are big MYTHIC topics.

In her TED.com talk, The Politics of Fiction, Shafak tells the audience that she is a storyteller. It is what she does. “Fiction became, for me, a transcendental journey into other lives, other possibilities.”

Listening to and reading stories widens the imagination, she goes on to say. “Telling stories lets us leap over cultural walls, embrace different experiences, feel what others feel.”

This then, is what we writers do. And it does matter. It matters a lot. We serve up a meal and invite imagination to the table.  “Come,” we say to the reader, “Come break bread with me. Quench your thirst. Eat your fill.” 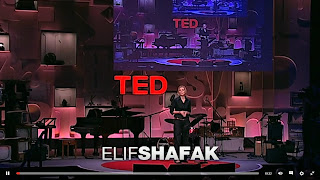 But the larger question remains. Will our writing feed the next generation? Will our stories help to grow wiser human beings? Will the souls of our readers return to that great cauldron in the sky enlightened?

When the gods scoop a ladle of soul into that next newest baby, will that child come to the land carrying with her a newer, better myth?

Perhaps that is the question we writers should ponder. Rather than fearing that our books do not matter, let's make sure that they do.
Connecting People with Nature, and Writers with Words
An advisor for the Rocky Mountain Land Library and member of the International League of Conservation Writers, Page Lambert has been writing about the western landscape and leading nature retreats in the West for twenty years. Founding member of Women Writing the West, member of Wyoming Writers and Colorado Authors’ League, Lambert’s writing can be found inside monumental sculptures at the Denver Art Museum, online at Huffington Post, and inside the pages of dozens of anthologies. Page designs and teaches graduate writing courses for the University of Denver’s University College. Recent published works include “Not for Sale” (Langscape Magazine and “The Rural West,” included in Fulcrum’s new book, The Light Shines from the West. Forthcoming are 3 poems in DoveTails: Writing for Peace. Page writes All Things Literary/All Things Natural from her mountain home west of Denver. 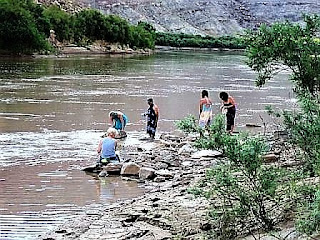