Showing posts from November, 2019
Show all

The Kindness of Mister Rogers, The Wonder of Nature

By Connecting People with Nature, and Writers with Words November 28, 2019 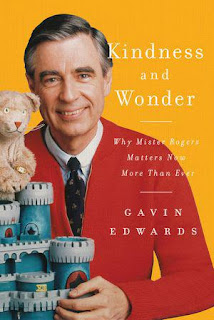 I was only a little surprised when I read in Mary Pflum Peterson's piece in The Washington Post  that her 21st century kids liked,  really liked, the original Mister Rogers. So much, in fact, that they binge-watched all the old episodes with her. "He likes kids, Mommy,” her daughter said. “Kids know when a grown-up likes them.” But it was her youngest son's comment that got my attention.  “And he’s not too loud,” her son added. “When we watch him, there’s no noise. You don’t have to worry about anything.” Our modern world is, most often, a noisy place. Which is not the same as being filled with sound. And for Peterson's son, noise is worrisome.  We live on the edge of a forest, and rarely is the forest silent. Fall is filled with the sounds of chickadees caching their winter supply of seeds and insects, black Abert's squirrels trying to outrun the red fox squirrels, crows warning away intruders.  As I sit here in the quiet stillness of o
Post a Comment
READ MORE »
More posts