Showing posts from March, 2019
Show all

THE SPRING EQUINOX, a RIVER, and a DAUGHTER'S GRIEF

By Connecting People with Nature, and Writers with Words March 20, 2019 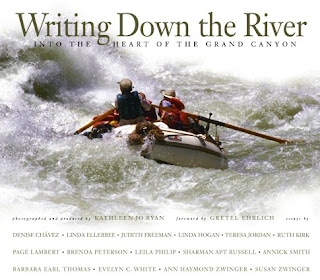 Our father died on the Spring Equinox, twenty-two years ago. On my first trip to the Grand Canyon for the Writing Down the River book project, three months after his death, our raft flipped going into notorious Lava Falls. A motor boat had taken up a rescue position downstream and a few of its passengers pulled me out of the water. A woman from the South Dakota Humanities Council was on the rescue boat. She invited me to come to the capitol and give a program at the Cultural Center. The following March, under a clear blue prairie sky, on the Equinox and anniversary of my father’s death, I drove to Pierre. The Missouri River flows along the outskirts of town. The 2300-mile river is the longest river in North America, flowing from its headwaters in Montana where the Jefferson, Madison, and Gallatin rivers merge. One-sixth of the North American continent drains into the Missouri.   I had heard of it all my life. I grew up fly fishing with my father on the Madison. But
Post a Comment
READ MORE »
More posts