Showing posts from April, 2015
Show all

Keeping Your World Safe within the Pages of a Book: Learning from Kazuo Ishiguro

By Connecting People with Nature, and Writers with Words April 28, 2015 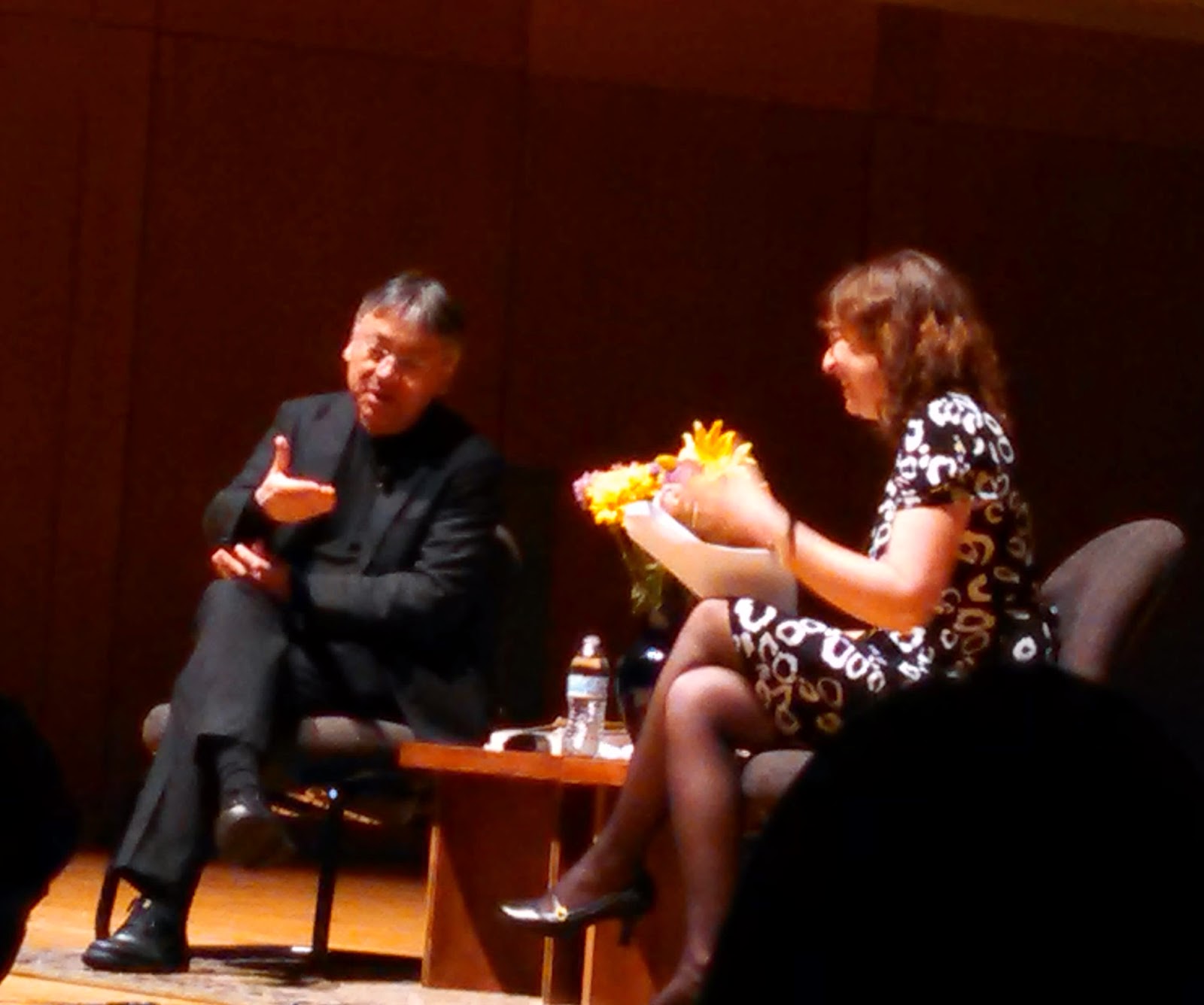 I recently attended a very public evening, and less public morning, with renowned British author Kazuo Ishiguro.  He read from and discussed his new novel The Buried Giant , his fourth since writing Remains of the Day (awarded the Man Booker Prize for Fiction in 1989). Here was my chance to sit at the foot of a master storyteller, to learn about his creative process, and about the emotional impulses and insecurities that haunt even one of the world’s most prominent writers.   Thank you, Lighthouse Writers, for organizing this event.  Ishiguro was born in Japan, but moved with his parents to Great Britain when he was only five.  He talked a great deal about memory, and how it defines individuals and cultures. “I became an adult with the memory of a very precious place, Japan, in my mind—a Japan that didn’t really exist.  I wanted to preserve this remembered place and I thought:  If I write a novel, I can recreate this world, and then this world will be safe within the pages of
3 comments
READ MORE »
More posts