Showing posts from January, 2017
Show all

NORTH OF CRAZY WITH NELTJE, Wyoming’s Devoted Patron of the Arts

By Connecting People with Nature, and Writers with Words January 30, 2017 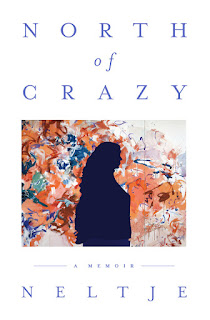 Neltje, great-granddaughter of book publishing mogul Frank Nelson Doubleday, was claimed by the glamorous life of New York’s wealthiest from her birth in 1934 until she fled the East Coast at the age of 32, packing up her children and moving to a ranch in Wyoming.   Neltje, newly divorced and seeking a life where she could spread her creative wings, quickly claimed Wyoming. Neltje’s westward journey was not unlike Georgia O’Keefe’s, who found herself drawn from New York to New Mexico the same year Neltje was born.   O’Keefe remained entranced by the pastel-layered landscapes of New Mexico until her death at the age of 99.   Neltje, soon to be 80, has lived entranced on the flanks of Wyoming’s Bighorn Mountains for more than half a century. “All of us loved this country,” she writes in her memoir North of Crazy , referring to when she moved west in 1966, “the wildly varied landscape, from mountains to deep arroyos and on to the Power River Breaks: the vast space and far h
Post a Comment
READ MORE »

Let the Force Be With Us: George Lucas and Ted Conover Make Real the Unreal

By Connecting People with Nature, and Writers with Words January 01, 2017 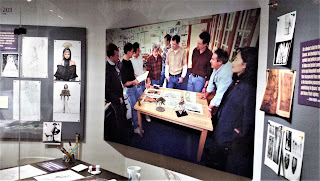 In 1964, in the dead of a bitter Russian winter after waiting with my family for hours in a long line at Moscow’s Red Square, I stood next to the body of Vladimir Lenin. The only thing that kept me from reaching out to touch the Soviet leader’s yellowish hand was the glass tomb in which his body (lifeless since 1924) was encased.   The corpse is now 146 years old, but thanks to the cosmetic efforts of Russian scientists, the leader doesn’t look “a day over 53.” Appearances are everything. Meticulously crafted appearances (as president-elects, journalists and filmmakers also know), can transform reality into fiction, and fiction into reality.   Two days ago, with my own imagination running wild (as I remembered Lenin's tomb), I stood beside a glass display case gazing at a photo of George Lucas and his creative team gathered around a desk cluttered with Storyboard sketches. Dozens of other action scenes and costume sketches hung on the wall behind them. The display,
Post a Comment
READ MORE »
More posts